Libraries Around the World

African Library Project
​The African Library Project coordinates book drives in the United States and partners with schools and villages in African countries to start small libraries. Libraries have been started in Botswana, Ghana, Nigeria,Cameroon, Lesotho, Malawi, Sierra Leone,Swaziland, Zambia and Zimbabwe.  Find out how to start a book drive here.
Lubuto Library Project
The Lubuto Library Project (LLP) began as a reading room for street kids at a drop-in shelter in central Lusaka, in the African country of Zambia. As word of the reading program spread, people began donating books and the project grew.
Three Lubuto Project libraries have now supported more than 6,000 marginalized children and youth, and provided life-changing mentoring to more than 3,500 adolescents, including programs that kept over 1,500 girls in school and HIV/AIDS free.

Global Libraries for Development Initiative
​Bill & Melinda Gates FoundationThe Foundation is supporting individual library projects in the United States and worldwide as well as Beyond Access: Libraries Powering Development. Beyond Access is starting a movement to make libraries hubs for economic and social change; the initiative is supported by such groups as READ (Rural Education and Development) Global, eifl (enabling access to knowledge in developing and transition countries) and Riecken Community Libraries in Central America.
International Dunhuang Project
The ancient town of Dunhuang was an oasis on the edge of the Gobi desert in western China, a stop along the important trade route known as the Silk Road. Early in the twentieth century, explorers and archaeologists discovered a Buddhist cave library filled with sculptures, murals and manuscripts from 100 BCE (Before the Common Era) to 1400 CE (Common Era). The manuscripts were rolled up in scrolls, just like the manuscripts in the ancient Library of Alexandria.

The International Dunhuang Project is a partnership of several libraries around the world, led by the British Library, to make all the manuscripts from this ancient library available on the Internet. The American libraries participating in the project include the Freer Gallery of Art at the Smithsonian in Washington, D.C., the University of California in Los Angeles, Princeton University and The Morgan Library in New York. 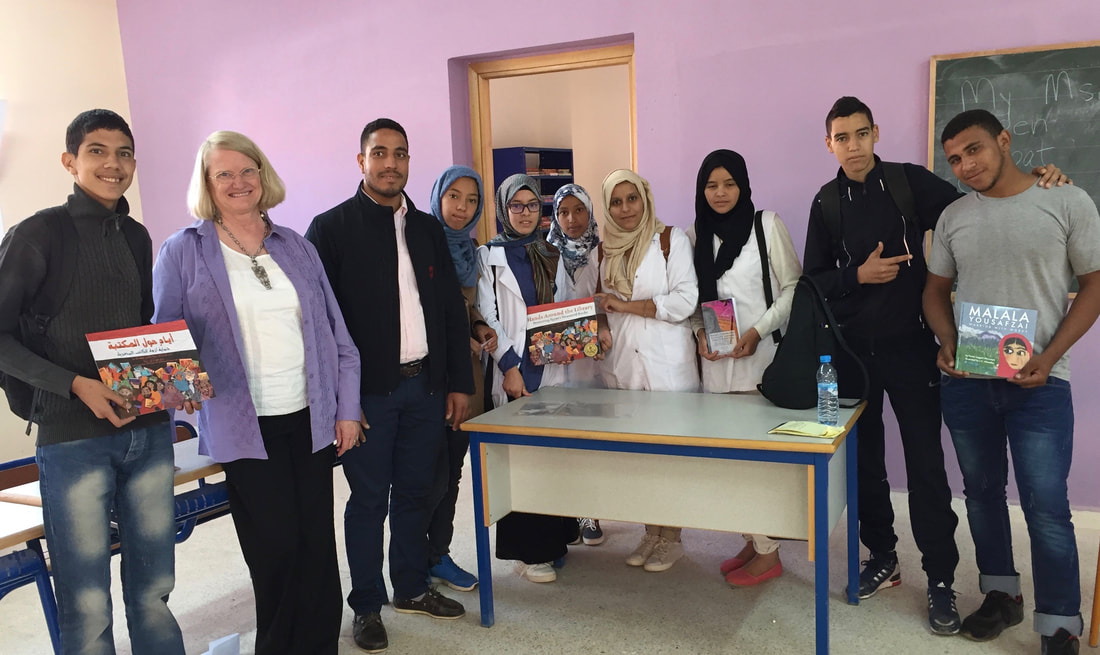